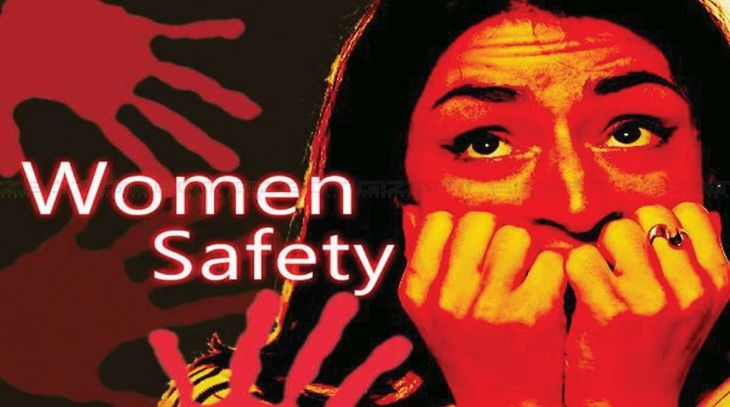 Women are the half embodiment of life from the start of world; when there was only Adam

and Eve who started the human race are both equally responsible for the existence,

but still women are holding a rank beneath a men. In India, women are treated as

incarnation of goddesses. By taking goddess Durga as an example who is the most

powerful shakti ever graced, she is model of devil destroyer, Maha Lakshmi is

the goddess of wealth bestower, still the condition of women in India is at the

worst pace. While on one side we are giving the highest position and power

According to the statistical data, 92% of women had experienced sexual violence in public place in their whole

lifetime. The percentage is itself so alarming that to shake persons. The headline of a daily newspaper is often uglified by the rape cases. Almost daily, 2 to 3 cases are easily visible to us and can only imagine the number of cases surpassed by the family and the authority. It is agonizing to watch the level of women condition deteriorating to such down lifting degree. there is long list of crime against women in India starting from the domestic violence, assault for

the modesty outrage, rape cases, dowry case, kidnapping and abduction of women. One more disgusting assault often done on women is acid attack which becomes normal in various part of the country. These heinous acts are done to show the male supremacy in this society which not only destroy their face but also their life to some extent. The kick in this list are child marriage and child abuse which shows that whatever be the age of girl she is not safe. Last to the list is the sex selective abortion that is killing daughters before they are born in name of glory and fame, which can never be justified.

It is seen that people contribute to women short wear clothes, drinking and night roaming as the initiator of the assault.

so, how the domestic violence can be explained on this turf? There by pronouncing it is not the real cause. The stratification pattern of the society is the real culprit. The constitution has given equal right to both men and

women but this power balance is scarcely maintained, often leading to serious damage. The lack of girl education plays an important in it. It is peelable to watch that boy’s education is seen in the light of main stream. But girl studies are neglected. These stereotypes give man power to treat the women in the way they like. Another instance is balance of assault from the young age girls are taught to do making them lesser self-conscious and creating negative impact on children’s innocent mind. The biggest cause is the fewer and lesser punishment and sometime null punishment. This is the reason people often doesn’t reveal the crime to be reported. Indulging this treatment often led to victim suicide.

women feels safe and confident because their role in the country’s economy matters. To become safe women should learn to protect themselves like martial training, karate, etc to fight on her own. Punishment should be swift and exemplary which should be able to make a deep impact on everybody’s mind. The future generation shall take lesson from this. But the smartest way is to change our view about women then it is to spread awareness

by campaigning, enforcing education, government institutional help is pivotal to change the status of women. This will help in curbing the rate of crime against women and will uplift the women position in the society.

“to build a peaceful and powerful nation, working on women safety is a need of the hour.”