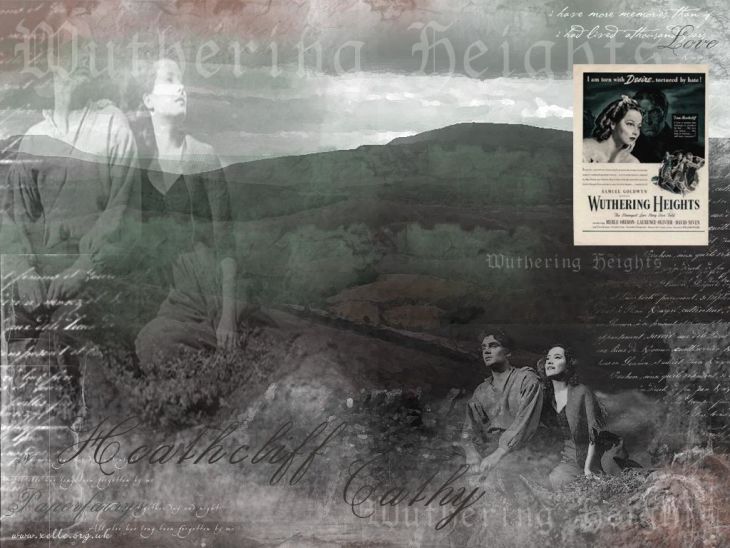 “He wanted all to lie in an ecstasy of peace: I wanted all to sparkle and dance in a glorious jubilee. I said his heaven would be only half alive; and he said mine would be drunk: I said I should fall asleep in his; and he said he could not breathe in mine”

These words put me in awe every time I read them. They bring out a sense of bittersweetness as well as solace. Today I will tell you more about the book of which this enticing piece of writing is a part of - Wuthering Heights by Emily Bronte.

Wuthering Heights is one of the most splendidly written pieces in the history of English Literature.

The book was a gift to me by someone extremely close which made it all the more special. However, it was on my to-read list for a very long time.

Set in the backdrops of mid-late 1800’s England, Wuthering Heights can be best described as a tale of love, passion and obsession which fills your insides with bittersweet emotions. It is for the very same reason that it is termed as a “Classic Love Tragedy”.

The book takes its readers on a journey through the lives of its various characters - Heathcliff, Catherine, Edgar, Isabella, Cathy and Linton. The storyline encounters Heathcliff’s desire to avenge Catherine who betrayed him and went on to marry Edgar. From thereon, Heathcliff gave in to his obsession and hatred and made

revenge the pivot of his life. He married Isabella, Edgar’s sister, and treated her with disrespect. His hatred prevented him from showing compassion to Cathy, Catherine and Edgar’s daughter, even after Catherine’s demise. He even ill-treated his own son with Isabella,

Linton, ultimately leading to the boy’s death at a very early age. Healthcliff’s all-consuming rage, jealousy and anger destroyed all those around him and eventually ended his own life.

Wuthering Heights is a rather complex piece of Literature as far as the story is concerned. It

is a chronicle across two generations. Having said that, Emily Bronte’s flawless writing succeeds in navigating her readers through the years and drama of the plot fluidly while keeping them on their toes. The language used is expressive yet concealed. Some lines and phrases unquestionably take your breath away compelling you to take a moment and appreciate the simplicity with which the author expresses the complexities of human emotions, especially Love.

The saga also brings into the limelight the importance of choices. Catherine chose Edgar over Heathcliff which actually set the course of the story. She did this even after having a dream of being in a heavenly state where she didn’t feel at home, which clearly was her life after marrying Edgar. Heathcliff chose to treat everyone around him with contempt which brought him nothing but hatefulness.

Nature is also a big part of Wuthering Heights. Whether it is the mention of uncultivated moors, wild and forbidding landscape or the blustery and turbulent winds, all justify the title of the book. It is way ahead of times as far as the status of women is concerned. The female

characters are decisive and unapologetic who abide by their choices and endure the consequences of those choices whether good or bad.

All in all, Wuthering Heights is a classic read, exceptionally rich in language yet somehow simple. However, it requires a certain level of persistence and composure from the readers’ end. It is a vicious masterpiece, brutal at times and undoubtedly worth a read.